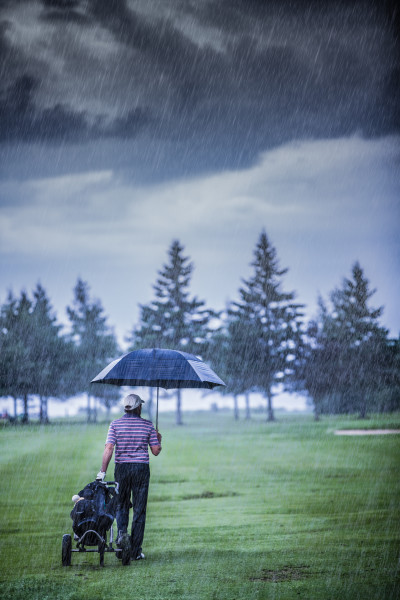 Presumably angered by their pathetic short game, a group of environmental “activists” vandalized the fifth green at the Trump National Golf Club in Rancho Palos Verdes, CA earlier this week. Carving a message of “NO MORE TIGERS NO MORE WOODS” in hopes of drawing attention to some generic environmental cause, the group brought some attention to…being anti-golf course?

The reasoning isn’t very reasonable. According to The Washington Post, a member of the group of anonymous vigilantes said “tearing up the golf course felt justified in many ways… repurposing what was once a beautiful stretch of land into a playground for the privileged is an environmental crime in its own right.” That might make sense to someone on the political fringe but it probably won’t play well on Main Street. Not everybody golfs, but not many people think golf courses are “environmental crimes” that any self-anointed person can destroy.

Vandalism isn’t new to the environmental left: Just a few years ago, several members of Greenpeace destroyed a UNESCO World Heritage site in Peru before fleeing the country to avoid prosecution. Greenpeace has dabbled in minor crimes for years, but this stunt drew considerable international outrage.

But it also shows a hypocrisy at the heart of the “green” movement: When it comes to the environment, it’s only OK if it’s the environmentalists doing the damage.