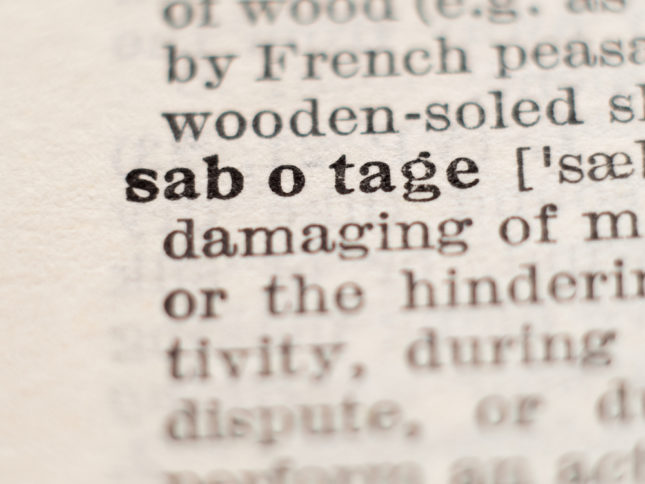 The radical environmental movement is heading in the wrong direction.

From the far-left Vice News comes a story with this headline: “Climate Change Is Violent. Should the Fight Against It Be Too?”

Scroll a few paragraphs down, and you can see the answer. “Property destruction works.” The article later concludes, “in order to have the maximum impact, both nationally and internationally, protesters who are able need to consider property destruction as a tactic.”

The entire premise is bogus. Climate change is not “violent” in the human sense of the word. Nature can be violent, but it’s nature. Violence in the human sense is an intentional act. Human beings have rights and moral duties that nature does not, and there are laws against violence.

But that distinction is being fudged by environmental extremists who think violence is justified in the name of saving the planet.

The Vice article centers around a book that came out this spring titled How to Blow Up a Pipeline. In the book, author Andreas Malm argues: “[The ruling class] are not amenable to persuasion; the louder the sirens wail, the more material they rush to the fire, and so it is evident that change will have to be forced upon them.”

And there’s a word to describe the use of violence to accomplish a political agenda: Terrorism.

Eco-terrorism was in vogue with activists some decades ago, with loosely organized groups like the Earth Liberation Front committing arson and other crimes. The FBI noted in 2004 that ELF and its sister organization were believed to be responsible for over 1,000 crimes and over $100 million in economic damage. But it subsided as people were prosecuted.

The pendulum may be swinging back.

Part of the problem is the extreme brainwashing of the environmental movement. We’ve heard doomsday predictions since the 1970s that have repeatedly failed to come true.

Yet many young activists are led to believe that–literally–the world is going to end in a few years. And if you literally believe that, then all of a sudden extreme, violent crimes may seem a legitimate tactic.

Then you have media such as Vice that is normalizing and justifying extreme tactics. Or Rolling Stone, which in May profiled an eco-terrorist with kid gloves.

There’s no easy cure for this. After all, the First Amendment protects much speech, including general calls for violent tactics. Adding to that, radical environmentalists have revealed time and again they are not rational. Some are the kind of people who scream about trees. And if the leaders of the movement indicate violence is acceptable, expect more of it.