BGR Report: From Russia With Love? 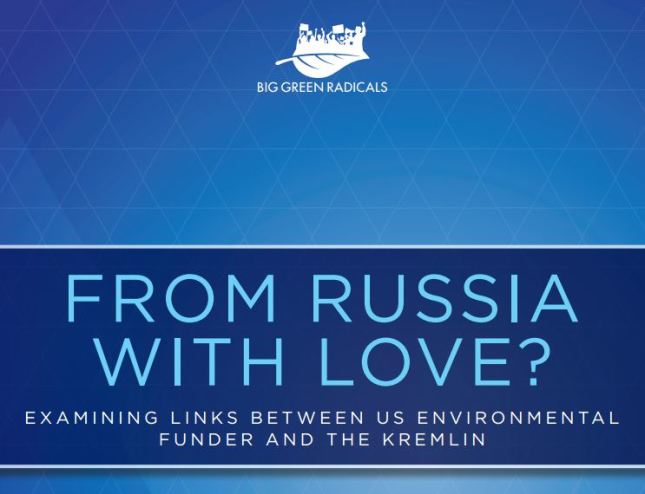 Today, Big Green Radicals released a report detailing potential connections between Russian oil interests and the funding of American environmental organizations through a shady Bermuda law firm. The story was subsequently reported on by The Washington Free Beacon and featured on the DRUDGE REPORT.

The report examines ties between Klein Limited, the fund ran out of Hamilton, Bermuda-based law firm Wakefield Quin (WQ) that funneled over $20 million to the US environmental group Sea Change Foundation (which in turn funds Sierra Club and other organizations), to Russian energy investments, money laundering investigations, and individuals within the Russian government.

Russian interest in suppressing American energy development has long been speculated by analysts and the media. This is the first report to outline a definitive nexus between Russian oligarchs with oil and gas investments and proxies for the US environmental movement.

One of Bermuda’s benefits is, of course, a lack of transparency. What else don’t—can’t—we know? The U.S. green movement needs to come clean about any offshore funding it is receiving.