A washed up singer-songwriter whose latest cry for attention involves making ludicrous claims about hydraulic fracturing.

When she’s not helping to break up the Beatles or screeching into microphones at art shows, Yoko Ono can be found offering baseless hyperbole about the supposed dangers of hydraulic fracturing.

Ono has exploited her perch at AAF to lobby patently false statements about fracking. At an event in New York City last year, Ono held up a poster that claimed “Pretty Soon There Will be No More Water to Drink.” At a protest in Albany, Ono told a crowd of protesters that “fracking kills” without offering a shred of evidence, adding, “And it doesn’t just kill us, it kills the land, nature and eventually the whole world.” She’s also called hydraulic fracturing “a criminal act.”

It remains an open question whether Ono’s views on fracking are more nonsensical than her blabbering “performance” at the Museum of Modern Art in 2010. 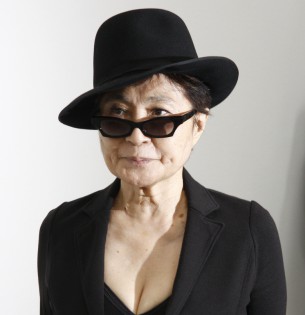