A former Occupy Wall Street protester who bounces between progressive causes like an angry, radical pinball.

Frack Free Colorado (FFC) leader Russell Mendell is less a concerned citizen who cares about his community than a professional activist who follows the fracking fight wherever it leads. Most recently, Mendell was a “field organizer” for Water Defense, the Brooklyn-based anti-fracking group run by actor Mark Ruffalo. Moreover, Mendell says he had been “working in New York with a coalition called New Yorkers Against Fracking,” which is affiliated with Food & Water Watch, which is part of the FFC coalition. Mendell didn’t even move to Colorado until 2012, according to public records.

Before heading up FFC, Mendell was active in the radical, anti-government Occupy Wall Street movement. At one rally, he noted, “There’s not a lot that separates the environmental movement and Occupy Wall Street.” He added that his goal is, “linking arms between the various movements.”

Mendell also supports the radical “divestment” movement, which seeks to make universities dump their investments in fossil fuels. In a Dec. 2012 Facebook post, Mendell wrote: “Just had a meeting with a member of the Naropa Board of Trustees about divestment. Who will join me in making your alma mater fossil free?” 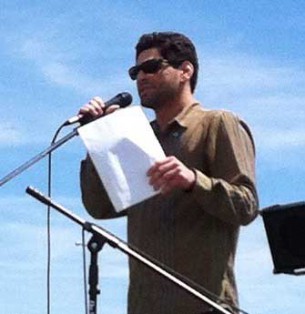