An anti-science radical who has almost never met a scare campaign he didn't like.

Wockner is another radical environmentalist who refuses to let the facts get in the way of his agenda. After Colorado’s devastating 2013 floods, he told Accuweather, “We have seen photos of oil slicks on the top of the floodwaters and we are continuing to monitor all of the flooding and cleanup efforts.” One small problem: the Colorado Department of Public Health and Environment found “no evidence of pollutants from oil and gas spills in rivers and streams affected by flooding.”

The flooding also increased the risk of contracting West Nile Virus. But Wockner protested efforts by a locality to spray to try and curb the spread of the deadly disease. He’s also made outlandish claims like “fracking causes babies to be deformed,” even though the studies he cites have been dismissed by mainstream scientists and state health officials.

Wockner also attacked Sen. Mark Udall (D-Colo.) for supporting legislation to allow the export of U.S. natural gas to Europe—proposing that instead we send Europe 10 million solar panels, even though solar panels won’t do much to help cloudy countries like Poland and Ukraine generate consistent and reliable energy.

His D.C.-based organization is bankrolled by wealthy left-wing foundations including the Tides Foundation and Rockefeller Family Fund. 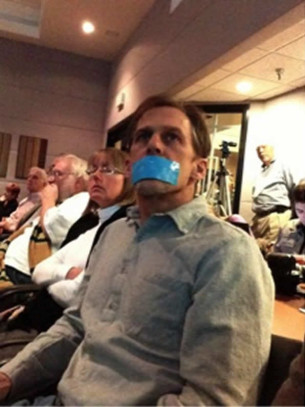